The ultimate Kingdom Empire game on the planet. Find the best strategy to attack the Enemies' Kingdoms. Either defeat them or be defeated. This is a real-time City building & strategy game that looks easy but requires substantial brainpower. Most wardragons Kingdom Empire games are fun but this city building game is on another level. The most fun and addicting War strategy Kingdom building game is right on your sight waiting for you to join.

Rip through the realm competition and shed some blood, sweat, and tears by engaging in medieval kingdom game battles using your kingdom guard and their mighty Dragons! You won’t have a chance to rest once you’re done terrorizing your neighbors either because new Raids and Dragon Booty equipment have been added to your kingdom’s arsenal. Increase that fire power today & Create your own empire in this city building game and see the rise of your kingdom!

Kingdoms of Heckfire is a multiplayer war strategy game. As a king, you need to build and upgrade a variety of buildings to build your stronghold, gradually building a mighty dragon army to defend your empires. This online wardragons Empire game is very special, it implements fresh and interesting rules, well-designed city Building game mechanics that allow you to enjoy the fun of a real war strategy game. Make your Kingdom rise & become one of the best world warriors.

A treasure trove of new features has been added in this army MMO Empire building game. Check out the 4x more kingdom game content we’ve been working on below!

FEATURES of Kingdoms of Heck Fire – Wardragons Empire Games
• A medieval inspired real time, open world map filled with dragon monsters and pvp players from around the world!
• Hatch and raise a powerful Dragon army to strike fear into your enemy's hearts (and other bloody organs) to build a kingdom for a king!
• Complete epic quests issued by a semi nude wizard who lives in your kingdom!
• Engage in kingdom games by creating powerful Clans and Alliances to rule the realms of Heck Fire!
• Train your kingdom guard with new Dragon Booty equipment upgrades, adding further RTS strategy depth to your gameplay! If your PVP enemies want fire and blood, they can expect both!
• Up your kingdom game! Construct medieval buildings faster with the added Second Kingdom Builder mechanic then dominate in city building PVP battles!
• Battle well groomed Titan monsters for massive amounts of medieval loot! Possibly even rare treasure for raining hellfire on the competition!
• Can’t stand enemy fire, get out of the realm with our new Realm to Realm Transfer Token! Elevate your kingdom game by starting fresh in a different realm with new threats and rewards. Once you upgrade enough, use the Realm Transfer Token to explore other realms and chase your enemy’s kingdom down!
• Fresh kingdom and Clan wide Raids await with increasing MMO strategy difficulty!
• Rise through the ranks with dynamic Event schedules! Build up your empire wins and compete in elite SLG style gameplay leaderboards!
• Tournaments and evolving PVP mechanics such as Dragon lethality weaknesses ensure this army MMO will constantly challenge your kingdom games strategy. So stay on your toes or RIP!


Rise to the occasion and defeat your competition if you dare!

The latest and greatest update includes:
* A bunch of bug fixes and performance improvements! 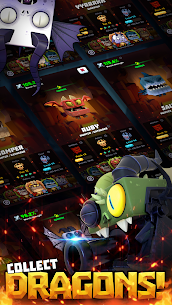 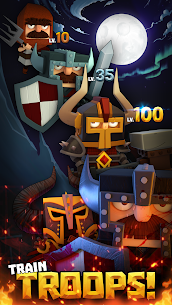 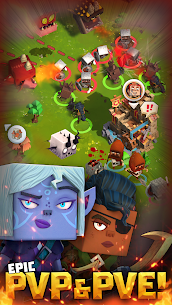 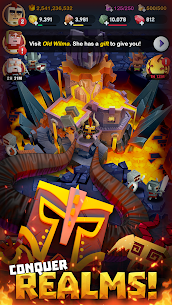 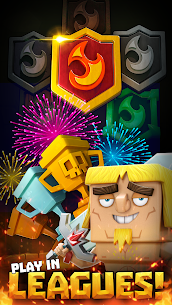 How to install Kingdoms of HF - Empire Games APK?